Match Review, India vs Australia: Australia save the series by win 32 runs

In the home of Dhoni, India faced Australia for the 3rd Paytm ODI for sealing the series. In the other side, Australia replying it in some different manner as well.

After losing the previous two One day International, Australia once again looked forward to winning. India won the toss and elected bowl first because the pitch is a little bit hard and helpful for the spinner. Australia lost previous two ODI in this series as well as Australia was beaten in their home by newly energized India. Due to inconsistent performance of Australian batting line ups. There are so many big names in the batting order but always falling to score a big one.

Today was a very good opportunity to show some ignite before giving up the series. Luckily Australian batsman did a great performance.

Stellar performance by the Aussie batsman

Aaron Finch reply to his critics as a skipper done his job very carefully. Aaron Finch scored 94 runs in 99 balls but he has failed to get the well deserved.

Usman Khawaja scored 104 runs in 113 balls and Glenn Maxwell gives some valuable runs in the middle order. Shaun Marsh departs earlier but still, Aussie threatened Indian bowling options. Unless Kuldeep Yadav and Shami no one get any wickets.

Marcus Stoinis’s 31 runs are very crucial at the middle and Alex Carey also shines with an important short knock at the end.

After the end of the 50 overs, Australia was successful to score 312 runs in the scoreboard.

To chasing a big runs Shikhar and Rohit come up to the crease. Shikhar lost his wickets very early, it seems like an off form of Dhawan continuing. Rohit Sharma also struggling to score more runs for the team. He departs at 14 by Pat Cummins.

Then the captain comes to the field and scored a great century as always what he does. But on the other hand Ambati still finding the answer to cementing his place in the World Cup with his unconditional performance.

Dhoni also exits earlier. Vijay and Kedar Jadhav tried to turn the match. But at the end, Nathan lyon picks up him as well.

Finally, Aussie bowlers get the pay of their valuable efforts. Adam Zampa was turning point was the match in bowling attack of Aussie. He took 3 big wickets. After Kohli’s wickets, it was clear that the match turns back to Australia. But the contribution of Australian batting and bowling line ups it was hard to snatch the match in any situation, where India did not big score by any individual except King Kohli.

Usman Khawaja is man of the match due to a match-winning century and it’s his seventh in ODI international. 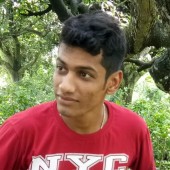 IND vs AUS Dream11 and PlayerzPot Team for the 4th ODI